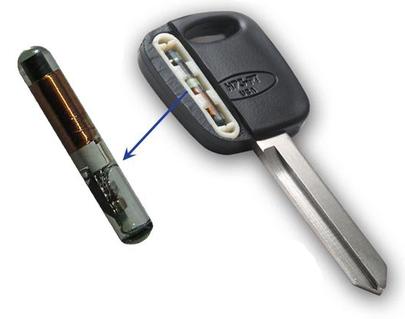 Posted by mtllock in Uncategorized, on September 8, 2016 Have you ever lost your keys? It has happened to me a couple of times in the past, and it was not funny. One time, I searched through all my belongings, silently wishing that my keys had a ringing tone and a number I could call so it would lead me to itself. Thankfully I found that particular key.

But have you ever lost your car keys? What did you do when you found out you had misplaced them?

Many years ago it would have been easy to get a replacement car key made – a quick trip to the local hardware store was all it took. Car keys were basic in their construction which made them cheap and easy to copy. However, this simplicity made it easy for criminals to copy car keys and steal cars.

Now car keys are made using advanced technology, which makes them harder to copy. Although this means that cars are harder to steal than ever before, it also means that replacing high tech keys is now very expensive. To make matters worse the more ‘high end’ your car, the higher your bill is likely to be.

Today’s car keys consist of the main key, and an electronic key fob. The cost of replacing an electronic fob could be as much as $100 if purchased through a dealership. Some dealerships will also charge for the labor involved in programming your new fob. Flip keys or switchblade keys are keys where the metal key folds into its own fob when not in use. The fob has a button which releases the key when required. Key replacement costs are higher for these, and dealerships can charge up to $300 for a new fob and key.

Sidewinder keys, also known as laser cut keys, are made with expensive key cutting machinery. They also contain a transponder chip. You should expect to pay up to $250 for a new key and fob which will need to be programmed at the dealership or by a reputable locksmith (look for someone who is a member of the Associated Locksmiths of America (ALOA)).

A smart key allows a driver to lock or unlock a car, and to start the ignition, using a radio pulse generator in the key housing. Due to the complexity of the technology used, replacement and reprogramming has to be undertaken by a dealer. Costs can be as much as $400.

The majority of cars made after 1995 have keys that contain a transponder chip. Dealerships and auto locksmiths have the equipment necessary to program new transponder chips. However, you should expect to pay as much as $200 to $250 for a new key and fob.

If you lose your car keys when you are not at home you may be tempted to search online for emergency auto locksmiths in your area. Most locksmiths are honest. However, there have been reports that some locksmiths, especially ones featuring prominently in search engine results, might be bogus locksmiths, poorly trained or even dishonest. The actual amounts charged by these companies can be many times higher than the amounts quoted when you called them out.

So, spend some time finding out who the reputable auto locksmiths are in your area. Keep their contact details on your phone so that you can call them in an emergency. This means that, in the unlikely event that you do lose your car keys when you are not at home, you are not only prepared, you could save money too!